On the evening of Monday, May 29, 2017 the dean of Columbia Law School traveled to Tokyo to introduce herself to newly accepted students and to see old friends, the vibrant alumni community there. Attending the event on the 52nd floor of Andaz Tokyo Toranomon Hills, were approximately 80 alumni. All seemed eager to meet Dean Gillian Lester, the Lucy G. Moses Professor of Law.

The evening featured two speakers. First to speak was Mr. Fumihide Sugimoto ’93, Partner, Nagashima Ohno & Tsunematsu and the president of our Japan alumni association. The Dean followed his remarks with an address underscoring Columbia Law School’s historic commitment to Japanese law and bridging the legal communities of Japan and the U.S. Dean Lester commented:

"I couldn't be more proud of Columbia Law School's pioneering commitment to the study of Japanese law, which is exemplified by the exceptional work and research of our Center for Japanese Legal Studies. As the only of its kind in the United States, the Center positions the Law School at the forefront of cutting-edge scholarship, prepares our students for successful careers in Japanese law, and fosters collaboration between the Japanese and American legal communities. The longstanding support of our strong and growing alumni base in Japan makes this possible, and I am deeply grateful for that."

A carousel is a rotating set of images. Use the previous and next buttons to change the displayed slide 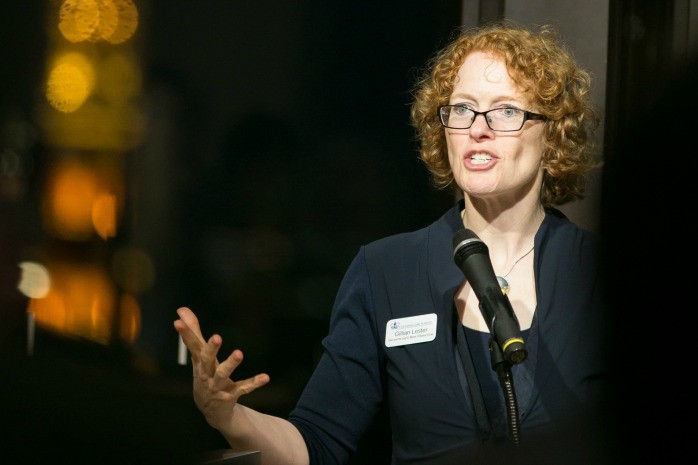 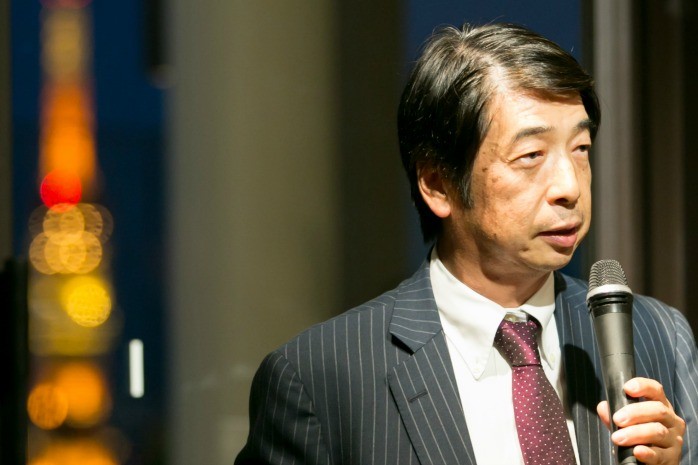 During the first six months of 2017, Professor Milhaupt traveled to Tokyo twice for academic events. During the first, a conference on Globalizing Corporate Governance sponsored by the Hitotsubashi University Graduate School of International Corporate Strategy, he presented a paper entitled “Evaluating Abe’s Third Arrow: How Significant are Japan’s Recent Corporate Governance Reforms?”  In June, Professor Milhaupt attended the Global Corporate Governance Colloquium, hosted by the University of Tokyo. At that event, he served as a panelist at a session on changes in corporate ownership structures around the world, and chaired a session on shareholders and stakeholders around the world.

FACULTY EXCHANGE WITH THE UNIVERSITY OF TOKYO

Columbia Law School again benefited from our faculty exchange program with the University of Tokyo. This year’s visitor was Minoru Nakazato, professor of law, University of Tokyo Faculty of Law. The topics of his lectures can be found in the events list in this newsletter. This was Professor Nakazato’s third visit to the Law School under the auspices of the exchange program. Traveling to Tokyo this year was Zohar Goshen, the Alfred W. Bressler Professor of Law at Columbia Law School. This was Professor Goshen’s second trip to Tokyo on the exchange program. While in Tokyo, Professor Goshen taught an advanced class titled "U.S. Corporate Law: Theory and Practice." In this short course Professor Goshen provided an introduction to Delaware corporate law, with emphasis on mergers and acquisitions. The students were exposed to the economics and the business foundations underlining U.S. corporate law, and the major elements of Delaware's legal doctrines and fiduciaries duties. Professor Goshen also took part in one-on-one meetings to discuss research on corporate governance with Gen Goto, associate professor at the University of Tokyo, Graduate Schools for Law and Politics, and Zenichi Shishido, professor at Hitotsubashi University, Tokyo, Department of Business Law, Graduate School of International Corporate Strategy.

With heartfelt thanks to Morrison & Foerster for their support, the Center for Japanese Legal Studies once again was happy to award two fully funded public interest fellowships in Japan for the summer of 2017.  The students interned at Human Rights, Now! Tokyo, an international human rights NGO with a special focus on Asia.

Peter Claus ’19, in a report proposed reforms regarding sexual abuse committed by U.N. peacekeepers. He also documented work conditions surrounding mass-fainting events in Cambodian garment factories. In a separate project, he traveled to Okinawa to interview activists against American military bases. While there, Peter gave an interview to the prefecture-wide newspaper, spoke with students, and wrote a report and a statement for the U.N. Peter also taught at the adult-English class he founded in Okinawa when he lived there previously.

Su Anne Lee ’17 LL.M., worked on a range of issues relating to business and human rights, migrants and trafficking, and transitional justice. In particular, she researched human trafficking and forced labor in the food-processing industry in Southeast Asia, and victims' rights and reparations in the International Criminal Court. She also conducted human-rights training in relation to refugees and displacement, and businesses and global supply chains.

Joanna Hwang ’19, worked at Nishimura & Asahi as a summer associate in the finance division. She assisted with many projects, including writing numerous legal memoranda on limited partnership agreements between companies in the U.S., Japan, and China and drafting a client letter in response to a request to terminate a joint venture agreement. In addition she researched and wrote an internal memorandum on the Japanese Consumer Contract Act and recent amendments thereto.

Sungha Park ’19, was a summer associate at Momo-o, Matsuo & Namba in Tokyo. During his summer, he spent most of his time working on international disputes between U.S. and Japanese entities and comparative legal research on U.S. and Japanese law. He also participated in a firm trip to Mt. Fuji, formal and informal social events within the firm, client meetings, and presentations on recent Supreme Court cases. In addition, he took time to meet with U.S. attorneys working in Tokyo and learned a great deal about practicing U.S. law in Japan.

Xochitl Romo ’19, worked as a summer associate at Simpson Thacher & Bartlett (NY/Tokyo) in the capital markets and M&A areas, and assisted with pro bono research. She focused mainly on 144A and Regulation S deals in Tokyo, while concentrating on a $500 million senior notes offering for Takeda Pharmaceutical Company Limited. She attended a fireworks festival in Atami and traveled to Osaka to perform legal diligence for an offering circular. She relates that her translation work proved invaluable, as it dramatically improved her Japanese language ability.

Haley Zhang ’18, worked at Morrison & Foerster's Tokyo office as a summer associate. She mostly explored different aspects of corporate practice. Projects she worked on included drafting underwriter materials in global offerings; conducting due diligence for cross-border M&A deals involving Japanese clients; and drafting service agreements for pro bono clients. Her time at the firm also included many events, such as a firm trip to Fuji-Q Highland, a Wagyu beef BBQ, and many multilingual karaoke sessions. She is looking forward to returning to Tokyo.

The Center for Japanese Legal Studies would like to introduce the 2017-2018 leadership of Nihonhō Kenkyūkai (NHK) student group.

“There and Back Again: Journeys between Startups, Law Firms & Board Rooms in a Japanese Multicultural Environment”
Damien Atkins, General Counsel and Secretary, and Stephen C. Weingarten ’72, Chief Counsel of Corporate Affairs and Assistant Secretary
Panasonic Corporation of North America
November 1, 2016

Why Is Carlos Ghosn Afraid of the Japanese Justice System?